Cleaning solvents are usually the linchpin of ‘green’ claims made by professional cleaners.  It is important for consumers to understand that drycleaning is the process of cleaning in a fluid that is not water.  These fluids are chemicals.  There is no such thing as chemical free cleaning.  Claims to the contrary are greenwashing.

However, not all of these solvents are created equal.  Some are more heavily regulated and hazardous than others, and some are so new there is limited data and virtually no government regulations covering their safe use.  It is important for consumers and cleaners to keep in mind that lack of data does not guarantee lack of environmental or health risk.  As a result, the Green Cleaners Council advocates for a precautionary approach to solvent handling and disposal.  Each cleaner is evaluated accordingly.  No eco-leaves are awarded to a cleaner simply for being compliant with current EPA regulations.  In order to earn points in this category, a cleaner must have environmentally friendly practices in place that exceed regulatory requirements.

Here are some things you should know about professional cleaning fluids:

1. Hydrocarbon Solvent
It is a synthetic petroleum based cleaning fluid, and is the second most popular solvent in use in the industry.  Hydrocarbon solvents are often identified by users as an ‘organic’ cleaning method.  These claims are solely based on the fact that the solvent contains carbon and therefore qualifies under the generally accepted definition of organic compounds in organic chemistry.  It should not be confused in a consumer’s mind with the organic claims made about agricultural and dairy products.  It is not the same.

The solvent is combustible and a volatile organic compound that can contribute to global warming.  Having said that, atmospheric emissions from cleaners using state-of-the-art closed loop equipment are negligible.

While hazardous waste regulations regarding this solvent center on its combustibility, in the Council’s view a ‘green’ cleaner would handle the waste streams in a precautionary fashion by disposing of them through a licensed hazardous waste hauler. (click here for the Material Safety Data Sheet [MSDS] on DF-2000 and Eco-Solv)

2.  Perchloroethylene
A chlorinated hydrocarbon, perc is the most popular the of drycleaning fluids, with a 70 year history of use. Over the past twenty years it has been the subject of intense environmental and public health scrutiny, and its use has been scheduled for a phase out in California.  Like most of its chlorinated counter parts the EPA identifies it as both a hazardous air pollutant and hazardous waste, and heavily regulates its use.

Sometimes accused of being a proven human carcinogen, this is not the case.  In fact, there is seriously conflicting data on this point.  The most recent and comprehensive study of drycleaner workers in Nordic countries disputes such a conclusion, as does the workers compensation records for US drycleaners.  It is identified by many agencies as a possible/probable human carcinogen based on animal studies, though some US states, like Oregon, believe there is insufficient evidence to warrant a carcinogenic label.  Having said this, it is a heavily regulated chemical that requires knowledge, care and engineering controls in order to be used safely.

Perc is a volatile organic compound (VOC), but is not considered to be an ozone precursor.  It is non-flammable and non-combustible, which accounts in part for its popularity.

State of the art technology, engineering controls and proper waste handling enable a cleaner to use perc in a safe and responsible manner that is protective of both public and employee health and the environment.  (click here for the Material Safety Data Sheet [MSDS] on perc)

3.  Silicone
Developed through the work in beta test sites at a select group of pioneering drycleaners, silicone is one of the newer cleaning technologies in the drycleaning industry, positioned as an environmentally friendly alternative to other drycleaning solvents.  The basic component, decamethylcyclopentasiloxane, has been used for many years in the cosmetic and personal products industries, and has successfully undergone extensive study for human health effects.  Understandably, as a relative newcomer (10+ years) to the drycleaning industry, the effects of overexposure listed on the MSDS shows limited or no data available. (Click here to view MSDS)

Decamethylcyclopentasiloxane is the principal component identified on the product’s MSDS sheet, which reports it as hazardous under 29 CFR 1910.1200.  It needs to be noted that recommended first aid measures in the MSDS state that no action is required when the fluid comes into contact with skin or is inhaled or ingested.  This differs significantly from the first aid measures (wash, flush, consult a physician) recommended for perc, hydrocarbon, n-propyl bromide and most other solvents.

Like hydrocarbon solvents it is classified as combustible and “the thermal breakdown of this product during fire or very high heat conditions may evolve the following hazardous decomposition products: Carbon oxides and traces of incompletely burned carbon compounds. Silicon dioxide.  Formaldehyde.” (MSDS)

It also falls under the same hazardous waste classification as hydrocarbons – regulated in so far as its ignitability is concerned.  It is not considered to be either an ozone precursor or a contributor to global warming.  However, there is some interest and study underway in Canada concerning the possibility of it being a bio-accumulator.

The fact that its use in the drycleaning industry is largely unregulated should not preclude drycleaners from handling it on a precautionary basis and disposing of contact water and other waste through a licensed hazardous waste disposal company.  A practice recommended by the Council.

4. N-propyl bromide
Another newcomer to the drycleaning industry, n-propyl bromide is touted as an environmentally friendly alternative to the more popular perc and hydrocarbon solvents. It is a colorless, non-flammable chemical compound, and has the chemical formula C3H7Br. It is an organic solvent that historically was used for the cleaning of metal surfaces, removal of soldering residues from electronic circuit boards, and as an adhesive solvent. It has a quite pungent odor.

Due to the strict regulatory requirements placed on perchloroethylene, and the lack of aggressive degreasing capabilities of hydrocarbon and silicone solvents, n-propyl bromide is principally promoted to cleaners as a perc substitute, with little or no regulatory oversight. In May of 2007 the federal EPA reported EPA it was considering n-propyl bromide exposures in the following ranges to be potentially protective: 17 to 22 parts per million (ppm), to protect the female reproductive system; 18 to 30 ppm, to protect the male reproductive system; and 20 ppm, to ensure reproductive success. ). In September 2007 at the Nineteenth Meeting of the Parties to the Montreal Protocol on Substances that Deplete the Ozone Layer, it was reported that in the European Union the use of n-propyl bromide has been progressively phased out. At the same meeting it was proposed that Parties to the Protocol should be requested to discourage the production and marketing of n-propyl bromide and to restrict the use of n-propyl bromide to those applications where other more environmentally suitable alternative substances or technologies were unavailable;

According to the manufacturer’s fact sheet, spent n-propyl bromide is not considered a hazardous waste under the Resource Conservation and Recovery Act (RCRA). Again, the Council advocates for the precautionary use of this solvent.

5. Liquid Carbon Dioxide
The liquid CO2 process employs liquid CO2 as the primary solvent, with recyclable cleaning agents. The process uses ‘harvested’ CO2. This means it is CO2 that is a by product of other processes and therefore does not contribute to new CO2 emissions to the atmosphere.

At room temperature, CO2 can exist in the form of a gas and is therefore used to carbonate soft drinks and other beverages. In solid form, carbon dioxide is known as dry ice. At room temperature, CO2 can also exist as a liquid if kept in a closed system at an elevated pressure. Liquid CO2 has a gas-like consistency and a low surface tension allowing it to function as a cleaning medium when combined with detergents.The process does not require heating of the clothes, which is a benefit to the system. Manufacturers report that most of the CO2 used in the process, and that approximately (10 lbs) of CO2 gas is vented to the atmosphere at the end of the cycle.

The systems are large, heavy and very expensive. Only a small handful of CO2 exist nationwide despite its 10+ year history in the industry for a variety of reasons (due mostly to process viability) it has never achieved significant market penetration.

6. Propylene Glycol (PG) Ether in conjunction with CO2 Drying
Propylene glycol, known also by the systematic name propane-1,2-diol (a diol alcohol), is a synthetic liquid that absorbs water. PG is a colorless, odorless liquid. It is commonly used in a variety of consumer products and food products, including inks, paints and coatings, deodorants, pharmaceuticals, moisturizing lotions and anti-freeze. Propylene glycol is considered a safe product and is on the US Food and Drug Administration’s list of ingredients as Generally Recognized As Safe (GRAS) and is recognized by the World Health Organization as safe for use. The American Society for the Prevention of Cruelty to Animals (ASPCA) prefers the use of propylene glycol-based antifreeze because it is safer than ethylene glycol should pets accidentally ingest it.

The MSDS for propylene glycol contains no indications of carcinogenicity or chronic exposure effects. The concentrated form of the ingredient can, however, cause temporary reddening, stinging or swelling when it comes in contact with the eyes or skin.

Currently, PG’s use in the drycleaning industry is solely in a proprietary system that incorporates the use of CO2 in the drying cycle, which provides the added benefit of a heatless drying cycle.

PG is not subject to any RCRA requirements. However, in the case of a large release the manufacturer suggests the material should be captured, collected and re-processed, or disposed of according to applicable governmental requirements. If PG is exposed to a fire situation, it can decompose and release toxic fumes. Emergency personnel should wear proper protective equipment and follow emergency procedures carefully. When relevant in scale or risk, the community should be notified of the hazards associated with the specific release event.

The fact that its use in the drycleaning industry is largely unregulated should not preclude drycleaners from handling it on a precautionary basis and disposing of contact water and other waste through a licensed hazardous waste disposal company. Consumers should be aware that the seller of this dry cleaning system takes responsibility for the precautionary disposal of any waste generated by the cleaner.

The system is costly and is currently available in only a few markets, on a limited beta-test site basis. 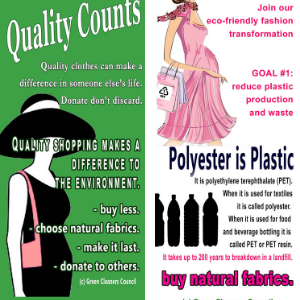 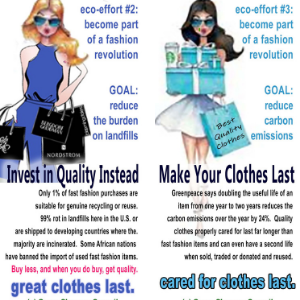